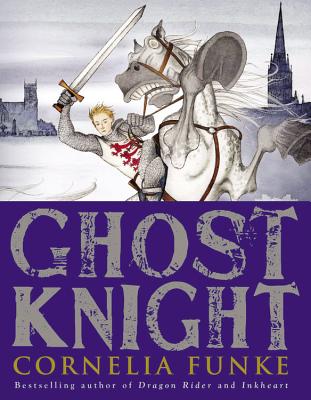 “Jon Whitcroft feels abandoned. After being sent to boarding school in Salisbury, Jon thinks that the only things he will have to worry about are fitting in and homesickness. Yet shortly after arriving, he discovers an ancient family curse and four vengeful spirits set on sending him to meet his ancestors. Only with the help of his friend Ella and a noble ghost named William Longspee will Jon be able to survive. Filled with murder, betrayal, lies, loyalty, and, of course, true friendship, this book will satisfy the noble knight in all of us.”
— Gretchen Shuler, Fiction Addiction, Greenville, SC
View the List

From international phenomenon Cornelia Funke, the bestselling author of Reckless and Inkheart.

Eleven-year-old Jon Whitcroft never expected to enjoy boarding school. Then again, he never expected to be confronted by a pack of vengeful ghosts, either. And then he meets Ella, a quirky new friend with a taste for adventure...

Together, Jon and Ella must work to uncover the secrets of a centuries-old murder while being haunted by terrifying spirits, their bloodless faces set on revenge. So when Jon summons the ghost of the late knight Longspee for his protection, there's just one question: Can Longspee truly be trusted?

Cornelia Funke is a multiple award-winning German author, best known for writing the Inkworld trilogy as well as The Thief Lord. The Inkworld books, which have won the 2003 Mildred L. Batchelder Award as well as the 2004 and 2006 BookSense Book of the Year Children's Literature Awards, have gained incredible attention and Funke has been dubbed the "German J.K. Rowling." She currently lives in Los Angeles, California.
Loading...
or
Not Currently Available for Direct Purchase