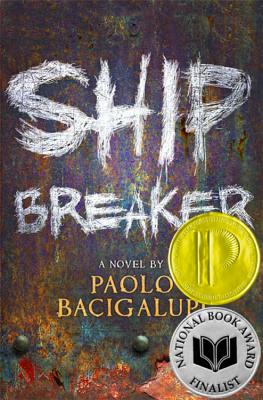 "Bacigalupi (The Windup Girl) makes a stellar YA debut with this futuristic tale of class imbalance on the Gulf Coast...Bacigalupi's cast is ethnically and morally diverse, and the book's message never overshadows the storytelling, action-packed pacing, or intricate world-building." --Publishers Weekly (starred review)—-