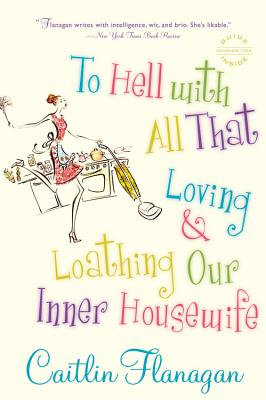 To Hell with All That (Paperback)

Loving and Loathing Our Inner Housewife

From The New Yorker's most entertaining and acerbic wit comes a controversial reassessment of the rituals and events that shape women's lives: weddings, sex, housekeeping, and motherhood.

Caitlin Flanagan is a former high school teacher who became a writer; she has been on staff at theAtlantic, the New Yorker, and the Wall Street Journal. A winner of the National Magazine Award, she has also written for Time, O, The Oprah Magazine, the New York Times, and the Los Angeles Times. Her work has been widely anthologized in, among other publications, The Best American Essays and The Best American Magazine Writing series. She lives in Los Angeles with her husband and two sons.
or
Not Currently Available for Direct Purchase
Copyright © 2020 American Booksellers Association