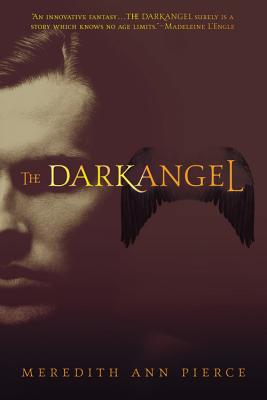 The Darkangel, a vampire of astounding beauty and youth, can only summon his full power when he finds his 14th and final bride. But for Aeriel, whom he kidnaps to serve his brides, there is something about him--something beyond his obvious evil--that makes her want to save him rather than destroy him. The Darkangel--Pierce's first book, originally released in 1982--was an ALA Best Book for Young Adults, a New York Times Notable Children's Book, a Parent's Choice Award Superbook, and a Booklist Best Book of the Decade.

Meredith Ann Pierce is a recognized and well-known author among fans of the young adult fantasy genre and the cross-over adult market. The Darkangel, her very first book, was an ALA Best Book, a New York Times Notable Children's Book, a Parent's Choice Award Superbook, a Booklist Best Book of the Decade, and was honored with the IRA's annual Children's Book Award and the California Young Reader Medal. She has received the Jane Tinkam Broughton Fellowship in Writing for children from the Bread Loaf Writers' Conference and an Individual Artist Fellowship Special Award for Children's Literature by the Florida Department of State's Division of Cultural Affairs. She currently resides in Florida.
or
Buy Here
Copyright © 2020 American Booksellers Association