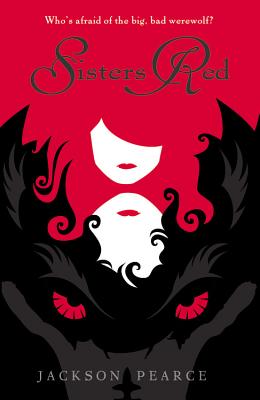 Scarlett March lives to hunt the Fenris--the werewolves that took her eye when she was defending her sister Rosie from a brutal attack. Armed with a razor-sharp hatchet and blood-red cloak, Scarlett is an expert at luring and slaying the wolves. She's determined to protect other young girls from a grisly death, and her raging heart will not rest until every single wolf is dead.

Rosie March once felt her bond with her sister was unbreakable. Owing Scarlett her life, Rosie hunts ferociously alongside her. But even as more girls' bodies pile up in the city and the Fenris seem to be gaining power, Rosie dreams of a life beyond the wolves. She finds herself drawn to Silas, a young woodsman who is deadly with an ax and Scarlett's only friend--but does loving him mean betraying her sister and all that they've worked for?

"Unfolds with steadily increasing tension and unexpected twists to a shocking climax...may well appeal to Melissa Marr's readers and teens who like their fantasy on the gritty side."—Kirkus Reviews

"This modern, urban interpretation...skillfully develops the unique voices of two strong heroines at a crossroads in their lives."—Horn Book

Jackson Pearce graduated from the University of Georgia, where she received a bachelor's degree in English, with a minor in philosophy. She's always been a writer, but she's had other jobs along the way, such as obituaries writer, biker-bar waitress, and receptionist. She once auditioned for the circus but didn't make it. Jackson is the author of Fathomless, Purity, Sweetly, Sisters Red, and As You Wish. She lives in Atlanta, Georgia, with a spacey dog and a slightly cross-eyed cat. Her website is www.jacksonpearce.com.
Loading...
or support indie stores by buying on