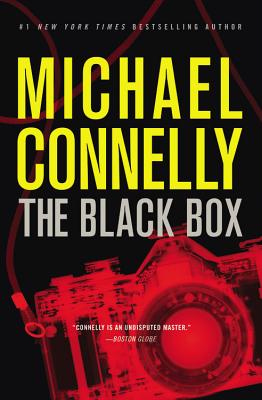 “Detective Harry Bosch is haunted by the memory of a beautiful young Danish photojournalist murdered during the riots following the Rodney King verdict. The killing was never solved and is forgotten by all but Bosh. Despite the reluctance of his bosses to reopen the case because they fear that focusing on the killing of the blond when there were so many other victims of color will inflame the community, Bosch is determined to find the 'black box' that will pull all the clues together. This is classic Connolly. I couldn't put it down.”
— Deon Stonehouse, Sunriver Books, Sunriver, OR
View the List

Now Bosch's ballistics match indicates that her death was not random violence, but something more personal, and connected to a deeper intrigue. Like an investigator combing through the wreckage after a plane crash, Bosch searches for the "black box," the one piece of evidence that will pull the case together.

Riveting and relentlessly paced, The Black Box leads Harry Bosch, "one of the greats of crime fiction" (New York Daily News), into one of his most fraught and perilous cases.

Praise For The Black Box (A Harry Bosch Novel #16)…

PRAISE FOR THE DROP:

"Connelly inherits the mantle of Raymond Chandler.... Their books share a kind of ambitious artistry that strains to reach beyond genre fiction."—Chuck Leddy, Boston Globe

"Bosch is one of the best detectives in crime fiction, and Connelly continues to amaze with his latest effort."—Jeff Ayers, Associated Press

"Starts with a bang and stays strong all the way through."—Janet Maslin, New York Times

"Connelly's lean, just-the-facts style makes for crisp dialogue and a brisk, info-driven plot....A haunted quality has always been one of the chief attractions of Connelly's series and of Bosch's character."—Art Taylor, Washington Post