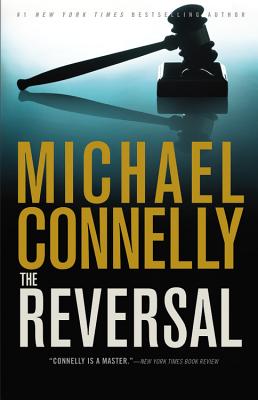 The Reversal (A Lincoln Lawyer Novel #3)

The stakes have never been higher: when DNA evidence frees a sadistic killer, defense attorney Mickey Haller and LAPD Detective Harry Bosch must put him behind bars before he strikes again.
Longtime defense attorney Mickey Haller is recruited to change stripes and prosecute the high-profile retrial of a brutal child murder. After 24 years in prison, convicted killer Jason Jessup has been exonerated by new DNA evidence. Haller is convinced Jessup is guilty, and he takes the case on the condition that he gets to choose his investigator, LAPD Detective Harry Bosch.
Together, Bosch and Haller set off on a case fraught with political and personal danger. Opposing them is Jessup, now out on bail, a defense attorney who excels at manipulating the media, and a runaway eyewitness reluctant to testify after so many years.

Michael Connelly is the author of thirty-six previous novels, including the New York Times bestsellers The Dark Hours, The Law of Innocence,Fair Warning, and The Night Fire. His books, which include the Harry Bosch series, the Lincoln Lawyer series, and the Renée Ballard series, have sold more than eighty million copies worldwide. Connelly is a former newspaper reporter who has won numerous awards for his journalism and his novels. He is the executive producer of Bosch, starring Titus Welliver, and the creator and host of the podcasts Murder Book and The Wonderland Murders. He spends his time in California and Florida.