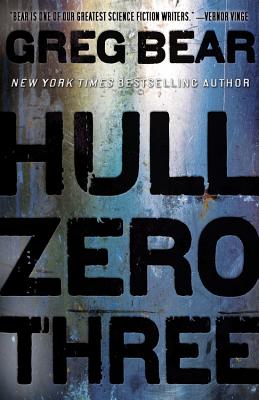 “Hull Zero Three is a fast-paced story of cloned people aboard a colonist ship that is damaged and at war with itself. The clones have to piece together what has gone wrong in their world in order to survive the dangers of manufactured beasts that would kill them. This is one of the best science fiction novels that I have ever read. A real page turner!”
— Fran Wilson, Colorado State University Bookstore, Fort Collins, CO
View the List

A starship hurtles through the emptiness of space. Its destination-unknown. Its purpose-a mystery.

Now, one man wakes up. Ripped from a dream of a new home-a new planet and the woman he was meant to love in his arms-he finds himself wet, naked, and freezing to death. The dark halls are full of monsters but trusting other survivors he meets might be the greater danger.

All will be answered, if he can survive the ship.

Hull Zero Three is an edge-of-your-seat thrill ride through the darkest reaches of space.