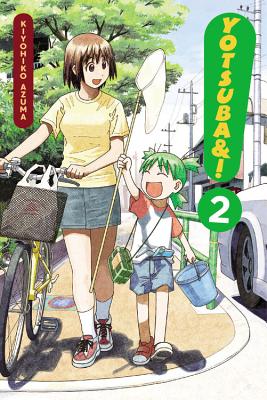 Ohhhhh! Yotsuba's back! Today, Yotsuba was drawing Jumbo, okay? That's Daddy's REALLY, REALLY BIG friend. He's real nice and I guess a big baby. But he's too big to draw in Yotsuba's sketchbook! So Yotsuba drew Jumbo on the street in front of our house! Cool, huh? But Ena's friend Miura, who has wheels on her feet, said Yotsuba was bad at drawing...she's wrong, right? RIGHT!?

Kiyohiko Azuma is the bestselling creator of AZUMANGA DAIOH and the critically acclaimed YOTSUBA&! which won the Excellence Prize in the manga category at the Japan Media Arts Festival in 2006. The series was also nominated for an Eisner Award in the U.S. in 2008 and has been a regular New York Times bestseller.
Loading...
or support indie stores by buying on