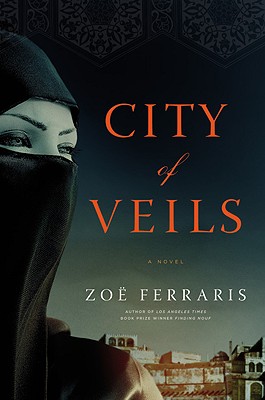 “This is a book that overwhelms you. While it can be regarded as a mystery, it is also a commentary on the various cultures in Saudi Arabia today, and how everyone there -- male and female, conservative or not -- is adjusting to the contemporary world with all of it's contradictions. Zoe Ferraris does an incredible job of showing the lives of her characters with honesty and compassion.”
— Martin Sorensen, Green Apple Books, San Francisco, CA
View the List

Women in Saudi Arabia are expected to lead quiet lives circumscribed by Islamic law and tradition. But Katya, one of the few women in the medical examiner's office, is determined to make her work mean something.

When the body of a brutally beaten woman is found on the beach in Jeddah, the city's detectives are ready to dismiss the case as another unsolvable murder-chillingly common in a city where the veils of conservative Islam keep women as anonymous in life as the victim is in death. If this is another housemaid killed by her employer, finding the culprit will be all but impossible.

Only Katya is convinced that the victim can be identified and her killer found. She calls upon her friend Nayir for help, and soon discovers that the dead girl was a young filmmaker named Leila, whose controversial documentaries earned her many enemies.

With only the woman's clandestine footage as a guide, Katya and Nayir must confront the dark side of Jeddah that Leila struggled to expose: an underworld of prostitution, violence, exploitation, and jealously guarded secrets. Along the way, they form an unlikely alliance with an American woman whose husband has disappeared. Their growing search takes them from the city's car-clogged streets to the deadly vastness of the desert beyond.

In CITY OF VEILS, award-winning author Zoë Ferraris combines a thrilling, fast-paced mystery with a rare and intimate look into women's lives in the Middle East.

Zoe Ferraris moved to Saudi Arabia in the aftermath of the first Gulf War to live with her then husband and his extended family of Saudi-Palestinian Bedouins, who had never welcomed an American into their lives before. She has an MFA from Columbia University and is the author of one previous novel, Finding Nouf. She lives in San Francisco.
Loading...
or
Not Currently Available for Direct Purchase