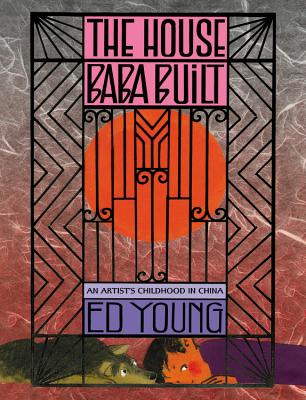 An Artist's Childhood in China

I knew nothing could happen to us within those walls, in the house Baba built.

In Ed Young's childhood home in Shanghai, all was not as it seemed: a rocking chair became a horse; a roof became a roller rink; an empty swimming pool became a place for riding scooters and bikes. The house his father built transformed as needed into a place to play hide-and-seek, to eat bamboo shoots, and to be safe.

For outside the home's walls, China was at war. Soon the house held not only Ed and his four siblings but also friends, relatives, and even strangers who became family. The war grew closer, and Ed watched as planes flew overhead and frends joined the Chinese air force. But through it all, Ed's childhood remained full of joy and imagination.

This powerful, poignant, and exquisitely illustrated memoir is the story of one of our most beloved children's illustrators and the house his baba built.

Ed Young is the illustrator of more than eighty books for children, including the Caldecott Medal-winning Lon Po Po, and the New York Times bestseller Wabi Sabi by Mark Reibstein, and Nighttime Ninja by Barbara DaCosta. He has also written and illustrated The House Baba Built, which recounts his childhood in Shanghai. Born in China, Ed moved to the United States as a young man and pursued his love of art. He currently lives in New York.
Loading...
or
Not Currently Available for Direct Purchase