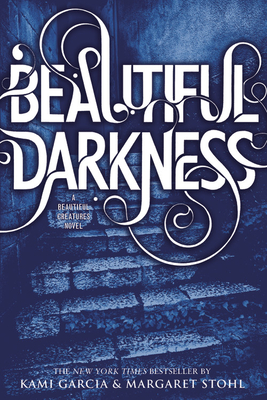 Fall under the spell of the Beautiful Darkness, the sequel to the instant NYT bestselling gothic fantasy, Beautiful Creatures!
There were no surprises in Gatlin County. At least, that's what I thought. Turns out, I couldn't have been more wrong.

Ethan Wate used to think of Gatlin as a place where nothing ever changed. Then mysterious newcomer Lena Duchannes revealed a secret world of curses and Supernaturals with terrifying abilities. Lena showed him a Gatlin where impossible, magical, life-altering events happen. Sometimes life-ending.
And now that Ethan's eyes have been opened to the darker side of Gatlin, there's no going back. Haunted by strange visions only he can see, Ethan is pulled deeper into his town's tangled history and finds himself caught up in the dangerous network of underground passageways endlessly crisscrossing the South, where nothing is as it seems.

* "The authors ground their Caster world in the concrete, skillfully juxtaposing the arcane, magical world with Gatlin's normal southern lifestyle. . . Fans will devour this latest book and plead for more."—VOYA, starred review

"The southern gothic atmosphere, several new characters, and the surprising fate of one old favorite will keep readers going until the next book, which promises new surprises as "18 moons" approaches."—Booklist

"This engrossing must-have sequel...will leave readers clamoring for the next installment."—School Library Journal

"Readers eager to revisit Ethan and Lena's romantic tension and learn more about the Caster world and the Ravenwood family legacy will find satisfaction here."—Kirkus

Kami Garcia is the #1 New York Times bestselling coauthor of Beautiful Creatures and the Legion series. Kami lives in Maryland with her family and her dogs, Spike and Oz, named after characters from Buffy the Vampire Slayer.