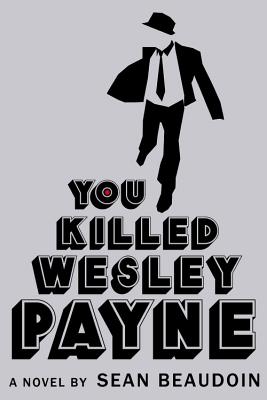 He's come to do a job.
A job that involves a body.
A body wrapped in duct tape found hanging from the goal posts at the end of the football field.

You Killed Wesley Payne is a truly original and darkly hilarious update of classic pulp-noir, in which hard-boiled seventeen year-old Dalton Rev transfers to the mean hallways of Salt River High to take on the toughest case of his life. The question isn't whether Dalton's going to get paid. He always gets paid. Or whether he's gonna get the girl. He always (sometimes) gets the girl. The real question is whether Dalton Rev can outwit crooked cops and killer cliques in time to solve the mystery of "The Body" before it solves him.

Sean Beaudoin (Going Nowhere Faster, Fade to Blue) evokes the distinctive voices of legendary crime/noir authors Dashiell Hammett and Jim Thompson with a little bit of Mean Girls and Heathers thrown in for good measure. It'll tease you, please you, and never ever leave you. Actually, that's not true. It's only a book. One that's going to suck you in, spit you out, and make you shake hands with the devil. Probably.

Sean Beaudoin is the author of Going Nowhere Faster, which was nominated as one of YALSA's "Best Books for Young Adults"; Fade to Blue, which was called "Infinite Jest for teens" by Booklist, You Killed Wesley Payne, which was a Booklist Editor's Choice; and The Infects, which was called a "wickedly unpredictable adventure" by Publishers Weekly. His short stories and articles have appeared in numerous publications. Sean's website is seanbeaudoin.com.
Loading...
or
Not Currently Available for Direct Purchase