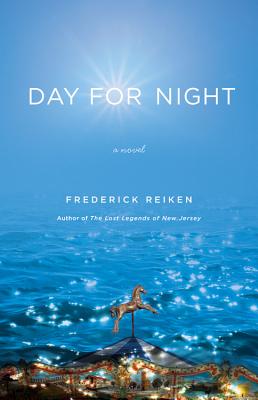 In DAY FOR NIGHT, critically acclaimed writer Frederick Reiken spins an unlikely and yet utterly convincing story about people lost and found. They are all refugees from their own lives or history's cruelties, and yet they wind up linked to each other in compelling and unpredictable ways that will keep you guessing until the very end.


Praise For Day for Night…

PRAISE FOR THE ODD SEA:


"Reiken strikes a delicate balance between mysteries and matters of fact...By the conclusion of this complex, engrossing novel, the title no longer seems the least bit funny." - Time


"A haunting first novel that takes a horrifying family calamity and turns it into a form of magic...leaves you spellbound until the very last page." - Christopher Lehmann-Haupt, The New York Times


"Skillful and much more than promising...Mr. Reiken's novel can be considered a coming-of-age story, but it is unusually interesting, because his adolescent narrator is much less self-absorbed than most of his kind." - The Atlantic Monthly


"Reiken has the gift of creating characters whose lives seem to go on even after we have read the last page of the novel." - The Christian Science Monitor


PRAISE FOR THE LOST LEGENDS OF NEW JERSEY:

"By turns funny, poignant, clever and sad, Lost Legends is almost unerringly original...Reiken is an inspired storyteller, shifting gracefully from the ethereal to the earthly, and then meshing the two...You find yourself wishing that Reiken's beautiful, affecting writing and his haunting characters and their stories could go on and on." -The Philadelphia Inquirer (Sunday front page)


"In scene after scene, Reiken gets the amiable melancholy of suburbia exactly right. ... Reiken knows how to charge the quietest domestic scenes with consequence and emotion." - The New York Times Book Review


"A wise book filled with people a reader cannot help but care for." - The Boston Sunday Globe (front page)

Frederick Reiken is the author of two previous novels, "The Odd Sea" (1998) and "The Lost Legends of New Jersey" (2000). His short stories have appeared in "The New Yorker" and his essays in the anthology "Living on the Edge of the World "(2008). He has worked as a reporter and columnist and is currently a member of the writing faculty at Emerson College.