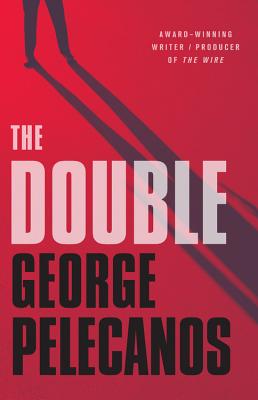 Every man has his dark side . . . Spero Lucas confronts his own in the most explosive thriller yet from one of America's best-loved crime writers.

The job seems simple enough: retrieve the valuable painting -- "The Double" -- Grace Kinkaid's ex-boyfriend stole from her. It's the sort of thing Spero Lucas specializes in: finding what's missing, and doing it quietly. But Grace wants more. She wants Lucas to find the man who humiliated her -- a violent career criminal with a small gang of brutal thugs at his beck and call.

"It's astonishing all the good stuff Pelecanos can pack into one unpretentious book: meaty substance, multiple story lines, vital characters, choice dialogue and all those descriptive details ... that make the story so rich."
—Marilyn Stasio, New York Times

"Pelecanos' work has antecedents in the books and films of Richard Stark (Donald Westlake), John D. MacDonald, Elmore Leonard and Don Siegel but also a spooky magic all his own - thanks to the utter believability he maintains."
—Tom Nolan, Wall Street Journal

PRAISE FOR THE CUT:

"The writing is spare; the dialogue rings with authenticity; and walking D.C.'s mean streets with Lucas is the next best thing to being there. Easily the best crime novel I've read this year."—Hallie Ephron, Boston Globe

"Every time I read one of George Pelecanos's novels -- and The Cut might be the best yet -- I'm left a little awed...The guy's a national treasure."—Dennis Lehane, -

"A lean, swift, atmospheric detective novel...The characters-good-hearted, ill-intentioned or in between-are shown by Mr. Pelecanos with loving clarity, free of cliché, condescension or illusion. Spero Lucas is an engagingly layered character...The Cut is a resourceful and notably original work the delivers the thrills of an action movie and the poignancy of fine storytelling."—Tom Nolan, Wall Street Journal

George Pelecanos is the bestselling author of twenty novels set in and around Washington, D.C. He is also an independent film producer, and a producer and Emmy-nominated writer on the HBO series The Wire, Treme, and The Deuce. He lives in Maryland.
or
Not Currently Available for Direct Purchase