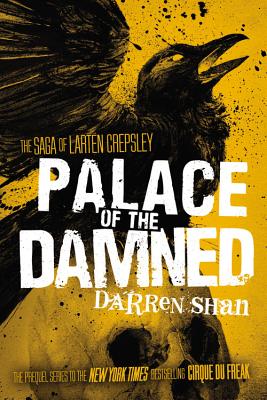 After failing his mentor and killing the entire crew of a ship in a bout of revenge for the death of his assistant, Larten is bereft with guilt. He no longer has the drive to live the vampiric life, and hides out in Paris, masquerading as a human. There, he finds some happiness, even falling in love with a girl. But the darkness inside him is too great for humanity, and he is forced to make a choice: hide in the shadows of the human world, or take his place among the vampire clan and protect those weaker than himself. But enemies are waiting, traps are laid, and Larten's path is bound to be strewn with bodies.

Darren Shan is the bestselling author of the young adult series Cirque Du Freak, The Demonata, and the Saga of Larten Crepsley series, as well as the stand-alone book The Thin Executioner. His books have sold over 25 million copies worldwide. Shan divides his time between his homes in Ireland and London.
Loading...
or support indie stores by buying on