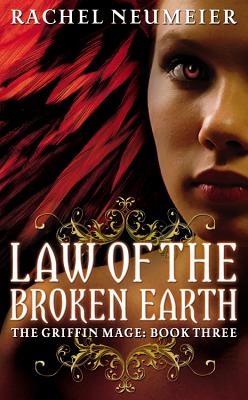 In Feierabiand, in the wide green Delta, far from the burning heat of the griffin's desert, Mienthe's peaceful life has been shaken. Tan - clever, cynical, and an experienced spy - has brought a deadly secret out of the neighboring country of Linularinum.

Now, as three countries and two species rush toward destruction, Mienthe fears that even her powerful cousin Bertaud may be neither able nor even willing to find a safe path between the secret Linularinum would kill to preserve and the desperate ferocity of the griffins. But can Mienthe?

And, in the end, will Tan help her . . . or do everything in his power to stand in her way?

Rachel Neumeier started writing fiction to relax when she was a graduate student and needed a hobby unrelated to her research. Prior to selling her first fantasy novel, she had published only a few articles in venues such as The American Journal of Botany. However, finding that her interests did not lie in research, Rachel left academia and began to let her hobbies take over her life instead. She now raises and shows dogs, gardens, cooks, and occasionally finds time to read. She works part time for a tutoring program, though she tutors far more students in Math and Chemistry than in English Composition.
or
Not Currently Available for Direct Purchase
Copyright © 2020 American Booksellers Association