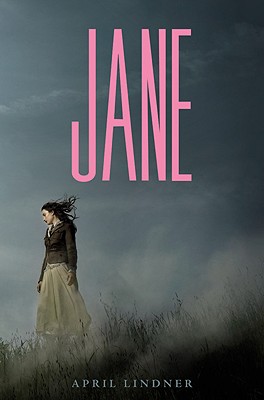 Forced to drop out of an esteemed East Coast college after the sudden death of her parents, Jane Moore takes a nanny job at Thornfield Park, the estate of Nico Rathburn, a world-famous rock star on the brink of a huge comeback. Practical and independent, Jane reluctantly becomes entranced by her magnetic and brooding employer and finds herself in the midst of a forbidden romance.

But there's a mystery at Thornfield, and Jane's much-envied relationship with Nico is soon tested by an agonizing secret from his past. Torn between her feelings for Nico and his fateful secret, Jane must decide: Does being true to herself mean giving up on true love?

An irresistible romance interwoven with a darkly engrossing mystery, this contemporary retelling of the beloved classic Jane Eyre promises to enchant a new generation of readers.

Praise for Jane:
"A fascinating, fantastical story line of secrets and star-crossed love...Set against a vivid, well-drawn, contemporary world, this is a compelling adaptation of an ageless romance."
- Booklist

"I couldn't put Jane down! Whether you love literature, romance, thrillers, or anything in between, you'll get swept up in Jane all the way to its scrumptious, satisfying end."
-Sara Shepard, New York Times bestselling author of the Pretty Little Liars series

"Well-written and faithful to the original, Lindner's story imbues Jane with the requisite innocence, stubbornness, and darkness of Brontë's protagonist...A fresh and addictive adaptation."
-Publishers Weekly

"There's nothing plain about Jane. April Lindner executes the cool trick of being stubbornly loyal to the well-loved original while creating something totally new and captivating."
-Cecily von Ziegesar, #1 New York Times bestselling author of the Gossip Girl series

"Jane is a captivating modern love story of a young woman who refuses to compromise her values, and fans of Bronte's Jane Eyre are sure to praise this rousing retelling with its rock 'n' roll twist."
-Associated Press

"Lindner's love story delivers an entrancing star-crossed relationship, and it is not necessary to be familiar with the original to enjoy it."
-School Library Journal

April Lindner is the author of Love, Lucy, Catherine and Jane and a professor of English at Saint Joseph's University in Philadelphia. Her poetry collection, Skin, received the Walt McDonald First-Book Prize in Poetry, and her poems have been featured in many anthologies and textbooks. April lives with her husband and two sons in Pennsylvania.
Loading...
or
Not Currently Available for Direct Purchase