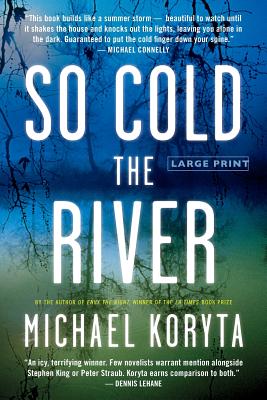 "With Envy the Night, Koryta earns a seat at the high table of neo-noir crime writers."—Marilyn Stasio, The New York Times

"Koryta earns a seat at the high table of neo-noir crime writers by putting a fresh spin on the fathers-and-sons narrative so many of his peers feel compelled to write over and over again.... As good as he is at depicting violence, Koryta puts even more muscle into scenes of killers tracking one another in the great outdoors--a talent that...is demonstrated here with brutal artistry."
—New York Times Book Review

"Revenge drives this superb stand-alone...Koryta's dialogue is as sharp as the knives his characters wield, and his plot twists at the most unexpected moments. This thriller places Koryta solidly in the company of the genre's most powerful voices."—Publishers Weekly

"Superb writing and storytelling from Michael Koryta...Envy the Night represents his best work to date."—George Pelecanos

"This diabolical novel, laid out in simple but eloquent prose and pitch-perfect dialogue, heralds a changing of the guard. I have seen the future of 'The Best Mystery Writer in America' and its name is Michael Koryta."—Ridley Pearson