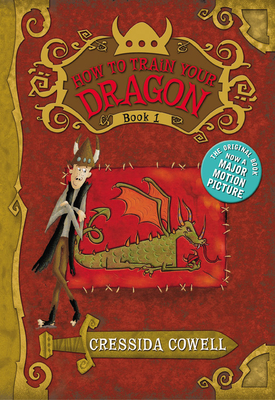 Hiccup Horrendous Haddock III, the quiet and thoughtful son of the Chief of the Hairy Hooligans, tries to pass the important initiation test of his Viking clan by catching and training a dragon. Can Hiccup do it without being torn limb from limb?

Join his adventures and misadventures as he finds a new way to train dragons--and becomes a hero. This action-packed, hilarious, and perfectly illustrated novel is a modern classic beloved by millions across the globe.

Praise For How to Train Your Dragon…

Praise for How to Train Your Dragon:
"Short chapters, clever slapstick, kid-pleasing character names and goofy, childlike drawings will keep even reluctant readers turning these pages--and chuckling as they go."—Publishers Weekly

"A narrative rich in dragon muck... genuinely fierce [and] intelligent."—Kirkus

"...This is a goofy and exciting tale of an underdog who proves that brains can be just as important as brawn. Kids will hoot at the ridiculous names and sympathize with Hiccup's exasperation with his truly obstinate but strangely lovable dragon. A delightful read."—School Library Journal

"This hilarious farce will appeal to heroic fiction fans."—Booklist