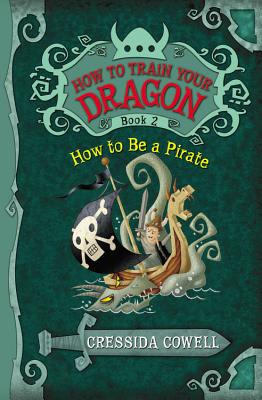 How to Be a Pirate

Read the bestselling books that inspired the hit movie sensation!

When Hiccup finds a coffin at sea, he opens it to discover a riddle that will lead to the treasure of Grimbeard the Ghastly, the world's greatest pirate and Hiccup's ancestor. So Hiccup and his friends set out on a treasure hunt, determined to master the art of swordfighting. How else will they escape an island of murderous dragons, defeat a boatload of Viking pirates, and survive all the twists and turns their journey will bring?

Join Hiccup and his friends on another rollicking illustrated adventure, and discover the brilliant combination of magic, action, humor, and heart that has made Cressida Cowell a beloved bestseller around the globe.