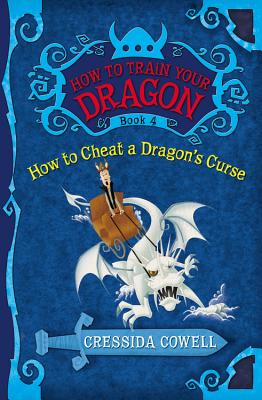 How to Cheat a Dragon's Curse

Don't miss an action-packed, hilarious, heart-warming moment of the bestselling series that inspired the hit movies!

Hiccup Horrendous Haddock III's best friend, Fishlegs, has been stung by the deadly Venomous Vorpent! The only cure is the Vegetable-That-No-One-Dares-Name. But where will Hiccup find such a thing? He'll have to dodge the terrible Sharkworms, battle Doomfangs, and outwit crazy Hooligans if he's going to be a Hero (again).

A fast paced plot, plenty of action, slapstick humor, witty dialogue, and imaginative black and white illustrations make this fourth adventure in Cressida Cowell's beloved and bestselling How to Train Your Dragon series a must-read.