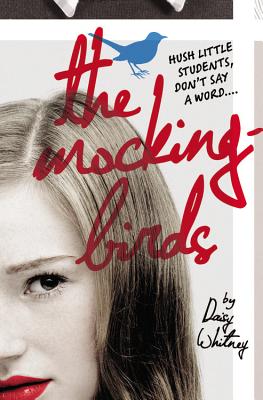 "[Whitney] writes with smooth assurance and a propulsive rhythm as she follows Alex through the Mockingbird's trial process and its accompanying emotional storm of confusion, shame, fear, and finally, empowerment. Authentic and illuminating, this strong debut explores vital teen topics of sex and violence; crime and punishment; ineffectual authority; and the immeasurable, healing influence of friendship and love."—Booklist

"Extraordinary...Shocking and eye-opening, this book is hard to put down."—The Guardian

"Puts a compelling and ingenious twist on everything you think you know about sex, violence, victimhood, justice--and the true meaning of power."—Gayle Forman, author of If I Stay

"In The Mockingbirds, Daisy Whitney has written an unflinchingly honest story about the importance of taking a stand and speaking out. An emotionally powerful debut that will leave readers breathless."—Courtney Summers, author of Cracked Up to Be

Daisy Whitney reports on television, media and advertising for a range of news outlets. She graduated from Brown University and lives in San Francisco, California, with her fabulous husband, fantastic kids, and adorable dogs. Daisy believes in karma and that nearly every outfit is improved with a splash of color. She is the author of The Mockingbirds novels and StarryNights. Daisy invites you to follow her online at DaisyWhitney.com.
Loading...
or support indie stores by buying on