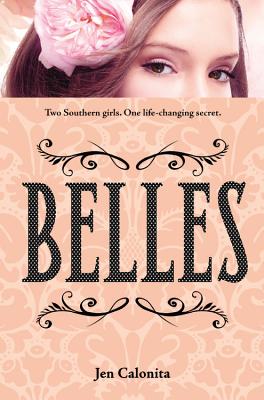 Fifteen-year-old Isabelle Scott loves her life by the boardwalk on the supposed wrong side of the tracks in North Carolina. But when tragedy strikes, a social worker sends her to live with a long-lost uncle and his preppy privileged family. Isabelle is taken away from everything she's ever known, and, unfortunately, inserting her into the glamorous lifestyle of Emerald Cove doesn't go so well. Her cousin Mirabelle Monroe isn't thrilled to share her life with an outsider, and, in addition to dealing with all the rumors and backstabbing that lurk beneath their classmates' Southern charm, a secret is unfolding that will change both girls' lives forever.

Praise for Belles:"Belles is a must-read, full of scandals, sisterhood, Southern charm, and secrets!"—Sara Shepard, #1 bestselling author of the Pretty Little Liars series

"Proving Southern belles can backstab with the best of 'em, Jen Calonita weaves a soapy tale that keeps you guessing from beginning to end."—Kate Brian, New York Times bestselling author of the Private and Privilege series

"A page-turner that has it all--tingly romance, shocking secrets, and tons of heart. You're going to love it."—Sarah Mlynowski, author of Gimme a Call and Ten Things We Did (and Probably Shouldn't Have)

Jen Calonita is the author of the VIP, Secrets of My Hollywood Life and Fairy Tale Reform School series, and a former magazine editor who has interviewed everyone from Justin Timberlake to Beyoncé. She lives in New York with her husband, Mike; sons, Dylan and Tyler; and their Chihuahua, Captain Jack Sparrow.
Loading...
or
Not Currently Available for Direct Purchase