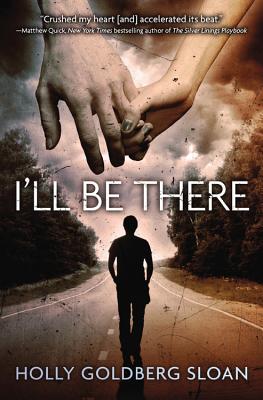 Emily Bell believes in destiny. To her, being forced to sing a solo in the church choir--despite her average voice--is fate: because it's while she's singing that she first sees Sam. At first sight, they are connected.
Sam Border wishes he could escape, but there's nowhere for him to run. He and his little brother, Riddle, have spent their entire lives constantly uprooted by their unstable father. That is, until Sam sees Emily. That's when everything changes.
As Sam and Riddle are welcomed into the Bells' lives, they witness the warmth and protection of a family for the first time. But when tragedy strikes, they're left fighting for survival in the desolate wilderness, and wondering if they'll ever find a place where they can belong. Beautifully written and emotionally profound, I'll Be There is a gripping story that explores the complexities of teenage passions, friendships, and loyalties.

Praise For I'll Be There…

* "Illustrates how we are all connected in big and small, positive and negative ways....[This] riveting story will keep readers interested and guessing until the end."—School Library Journal, starred review

* "[A] life-affirming exploration of the subtleties of love, compassion, and relationships. . . . Like the song it was named for, this book is hard to get out of your head."
—The Horn Book, starred review

* "Sloan builds characters rich with depth and realism.... A terrific read, quick to capture the audience, this book will make readers sing the melody in their hearts."—VOYA, starred review

"[Sloan] has fashioned a cast of memorable characters with compelling stories and relationships."—Kirkus Reviews

"Sam and Riddle are wonderfully appealing characters that readers will root for....A highly suspenseful read with a dynamic, cinematic quality that keeps the pages turning to the satisfying conclusion."—Booklist

Holly Goldberg Sloan is the author of the New York Times bestselling Counting by 7s and the highly acclaimed novel I'll Be There, and has written and directed a number of successful family feature films. She was born in Ann Arbor, Michigan, and spent her childhood living in California; the Netherlands; Istanbul; Washington, DC; and Oregon. The mother of two sons, Holly lives with her husband in Santa Monica, California.
Loading...
or support indie stores by buying on