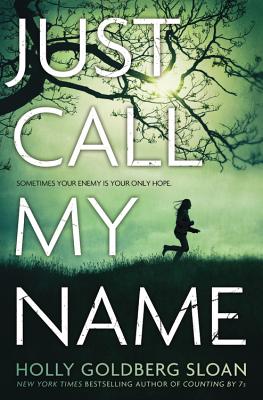 The happily-ever-after of Holly Goldberg Sloan's acclaimed debut, I'll Be There, is turned on its head in this riveting, emotional sequel about friends, enemies, and how those roles can shift in a matter of moments.

Emily Bell has it all. She's in love with a boy named Sam Border, and his little brother has become part of her family. This summer is destined to be the best time of their lives--until a charismatic new girl in town sets her sights on Sam. Now Emily finds herself questioning the loyalty of the person she thought she could trust most.

But the biggest threat to her happiness is someone she never saw coming. Sam's criminally insane father, whom everyone thought they'd finally left behind, is planning a jailbreak. And he knows exactly where to find Emily and his sons when he escapes...and takes his revenge.

Praise For Just Call My Name…

"Strong dialogue and genuine emotional concern...make this a heart-warming novel.... Definitely a book worth the read."
—VOYA

"[Delivers] an ultimately hopeful message about how friendships and families can form. Sure to be savored by fans of the first installment."
—Kirkus Reviews

"Destinies collide in Sloan's thrilling sequel to her heart-wrenching I'll Be There. The fast-paced plot, complex story lines, and compelling characters grab readers from the get-go."—Booklist

Holly Goldberg Sloan is the author of the New York Times bestselling Counting by 7s and the highly acclaimed novel I'll Be There, and has written and directed a number of successful family feature films. She was born in Ann Arbor, Michigan, and spent her childhood living in California; the Netherlands; Istanbul; Washington, DC; and Oregon. The mother of two sons, Holly lives with her husband in Santa Monica, California.
Loading...
or
Not Currently Available for Direct Purchase