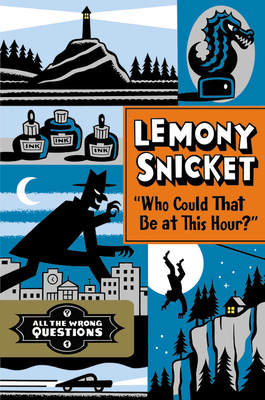 "Who Could That Be at This Hour?"

"The sort of goodie savored by brainy kids who love wordplay, puzzles and plots that zing from point A to B by way of the whole alphabet."—The Washington Post