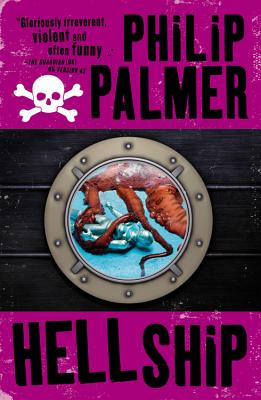 The Hell Ship hurtles through space. Inside the ship are thousands of slaves, each the last of their race.

The Hell Ship and its infernal crew destroyed their homes, slaughtered their families and imprisoned them forever.

One man refuses to accept his fate. Sharrock, reduced from hero to slave in one blow, has sworn a mighty vengeance.

But help is closer than he knows. Jak has been following the Ship for years. Battle after battle has left Jak scarred and broken, a mind in a starship's body, bent on destroying the Ship for its crimes. Working together, can they end this interstellar nightmare?

Philip Palmer lives in London and has been working on a book set in the same universe as Debatable Space. He has written for film, TV and theater. Find out more about Philip Palmer at www.philippalmer.net.
Loading...
or support indie stores by buying on