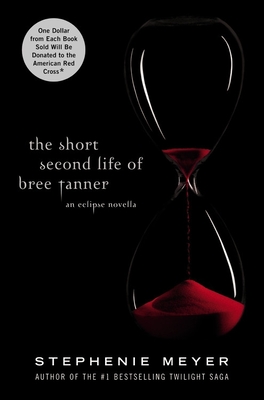 An Eclipse Novella (The Twilight Saga)

Newly turned vampire Bree Tanner lives in terror -- and must find her way out of untold danger -- in this pulse-pounding novella, a companion to Eclipse.
Bree Tanner, a self-described "vampire nerd" first introduced in Eclipse, lives in terror in a coven of newborn vampires. She is a member of Victoria's vampire army, and as that army closes in on Bella Swan and the Cullens, she finds her first friend and discovers a truth about daylight.
While fans may know how it ends, they don't yet have the full story: Bree's tale of danger, mystery, and romance is one for the books.
It's here! #1 bestselling author Stephenie Meyer makes a triumphant return to the world of Twilight with the highly anticipated companion, Midnight Sun: the iconic love story of Bella and Edward told from the vampire's point of view.
"People do not want to just read Meyer's books; they want to climb inside them and live there." -- Time
"A literary phenomenon." -- The New York Times

Praise For The Short Second Life of Bree Tanner: An Eclipse Novella (The Twilight Saga)…

Praise for The Twilight Saga:

"Meyer has, like one of her vampires, turned into something rare and more than merely human.... People do not want to just read Meyer's books; they want to climb inside them and live there." -Time

"Piles on the suspense and romance." -USA Today