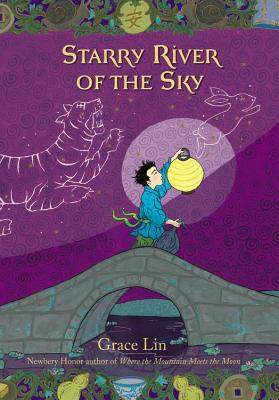 * "The writing and themes are lovely and readers feel the story long after it has ended...With the layers of myth, folklore, and superb storytelling, readers will be moved. Read this book; share this book; send Grace Lin a thank you card for sharing this story."
—Library Media Connection, starred review

Grace Lin is the award-winning and bestselling author and illustrator of Starry River of the Sky, Where the Mountain Meets the Moon, The Year of the Dog, The Year of the Rat, Dumpling Days, and Ling & Ting, as well as pictures books such as The Ugly Vegetables and Caldecott Honor book A Big Mooncake for Little Star. Grace lives with her husband and daughter in Western MA, where they get plenty of winter snow. Her website is www.gracelin.com.
Loading...
or support indie stores by buying on