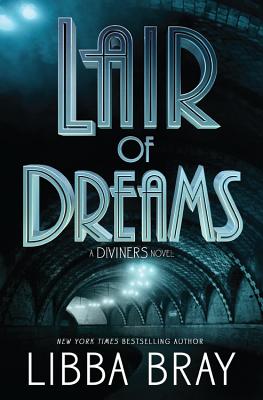 * "Bray illuminates the dark side of the American Dream in her long-awaited sequel to The Diviners, weaving xenophobia, industrial progress, Jazz Age debauchery, government secrets, religious fervor, and supernatural horror into a sprawling and always entertaining narrative."—Publishers Weekly, starred review

* "Bray weaves connections between her numerous characters and explores friendships, dark secrets, and dramatic love interests. This book will fly off the shelves to fans of Bray, Cassandra Clare, and the supernatural."—VOYA, starred review

* "The ambitiously broad focus of this novel strikes just the right balance in its division of narrative might, developing each of the dizzyingly large cast of diverse characters with an impressive attention to detail and with period-specific, witty dialogue."—Kirkus Reviews, starred review

"Sweet relationships (romantic, platonic, and familial) and snarky banter filled with period slang balance and accentuate the suspenseful horror. Fan will barrel through this second installment and emerge impatient for the next."—Horn Book

Libba Bray is the #1 bestselling author of The Diviners, Lair of Dreams, the Los Angeles Times Book prize finalist Beauty Queens, the 2010 Printz Award-winning Going Bovine, and the acclaimed Gemma Doyle trilogy. She lives in Brooklyn, New York.
Loading...
or
Not Currently Available for Direct Purchase