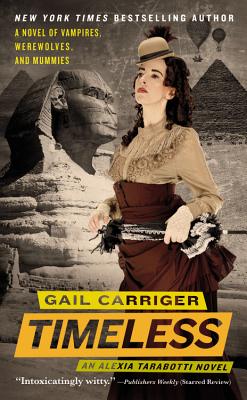 "The world of Timeless is a unique recipe of steampunk and fantasy spiced with light sprinkling of romance. Its setting is rich for characters to romp about in, but the unbridled playfulness of the language and dialogue shines brightest."—Miami Herald on Timeless

New York Times bestselling author Gail Carriger writes to cope with being raised in obscurity by an expatriate Brit and an incurable curmudgeon. She escaped small town life and inadvertently acquired several degrees in Higher Learning. Ms. Carriger then traveled the historic cities of Europe, subsisting entirely on biscuits secreted in her handbag. She resides in the Colonies, surrounded by fantastic shoes, where she insists on tea imported from London.
Loading...
or
Not Currently Available for Direct Purchase