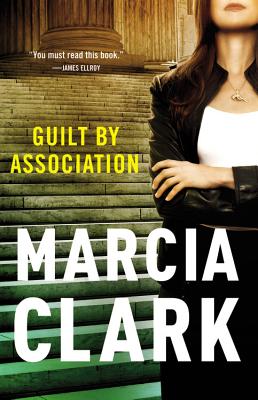 Marcia has published three novels which feature Los Angeles Special Trials prosecutor Rachel Knight: Guilt by Association, Guilt by Degrees, and Killer Ambition. TNT has optioned the books for a drama series. Marcia is attached as an executive producer.

"Clark, the lead prosecutor in the O.J. Simpson trial, makes a triumphant fiction debut that catapults her to the same level as Linda Fairstein, her fellow assistant DA turned legal thriller novelist. Clark's alter ego, L.A. deputy DA Rachel Knight, suffers a shocking loss when a close colleague is suspected of committing a murder-suicide.... The workaholic also has her hands full with a case she inherited from the dead prosecutor.... Clark deftly handles the multiple plot lines. Readers will want to see a lot more of Knight, who combines strength of character and compassion with all-too-human foibles."—Publishers Weekly

"a remarkably accomplished debut novel.... Clark offers a real page-turner here, with smart, fast-moving prose; a skillfully constructed plot; and a protagonist well worth knowing. Rachel, whose past is only hinted at, is a wellrounded character who's as tough with suspects as she is sensitive with young victims. A top-notch legal thriller that will leave readers wanting more.

"If you love Los Angeles murder mysteries -- sunny Southland noir drawn with unsentimental wit and panache -- then you're probably still in mourning for writer Stephen J. Cannell, whose untimely passing last year left a gap on the genre's bookshelves. However, a possible successor to the Cannell crown has arisen in the unlikely form of Marcia Clark. Yes, that Marcia Clark, the former LA deputy district attorney who was lead prosecutor on the O.J. Simpson murder case. Who knew this dame could spin a good, page-turning yarn? But she can. Our prediction is that Clark has a future in popular fiction, one spelled S-E-Q-U-E-L-S."—Joyce Sáenz Harris, Dallas Morning News

"Brainy, resolute, a bit wardrobe-challenged: DA Rachel Knight seems a lot like author Clark, who was lead prosecutor in the OJ Simpson murder trial. But the shoptalk here has more panache than its real-life version as Knight and her buddies - a fellow prosecutor and an LAPD detective - play the angles to clear a colleague suspected of a murder-suicide. Clark's plot is gritty and intriguing, but it's the hilariously potty-mouthed characters that make this debut thrill sing." 3-1/2 stars—Ellen Shapiro, People

"Marcia Clark, the lead prosecutor on the O. J. Simpson murder case, takes us inside the legal world of Los Angeles in her exciting first novel.... Combining great storytelling with her expert knowledge of the Los Angeles legal system, Clark crafts a thrilling debut."—The Daily Beast