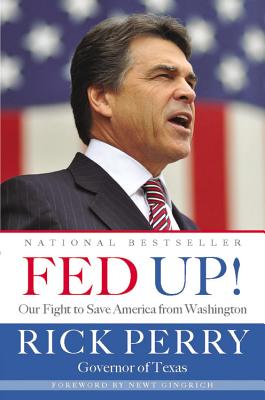 Our Fight to Save America from Washington

Now, do not misunderstand me, America is great.

But we are fed up with being over-taxed and over-regulated. We are tired of being told how much salt to put on our food, what kind of cars we can drive, what kinds of guns we can own, what kind of prayers we are allowed to say and where we can say them, what we are allowed to do to elect political candidates, what kind of energy we can use, what doctor we can see. What kind of nation are we becoming? I fear it's the very kind the Colonists fought against.

But perhaps most of all, we are fed up because deep down we know how great America has always been, how many great things the people do in spite of their government, and how great the nation can be in the future if government will just get out of the way.

Our fight is clear. We must step up and retake the reins of our government from a Washington establishment that has abused our trust. We must empower states to fight for our beliefs, elect only leaders who are on our team, set out to remind our fellow Americans why liberty is guaranteed in the Constitution, and take concrete steps to take back our country. The American people have never sat idle when liberty's trumpet sounds the call to battle -- and today that battle is for the soul of America.

Praise For Fed Up!: Our Fight to Save America from Washington…

"A new cowboy ... has entered the ring, toting his own political book....it's big, bold, and, to borrow a word that was once associated with our current commander-in-chief, audacious."
—Husna Haq, Christian Science Monitor

"If he's good for Texas, why not America? Could Perry be the second coming of Ronald Reagan, the plain-spoken man from the West who presided over a new 'Morning in America' by cutting taxes, reducing government (well, promising to), and standing tall against the nation's enemies? As the tea-party movement gains momentum, as more Americans are mad as hell and not going to take it anymore, Perry is their kind of hero, an avatar of a lost age that could come again, if only Washington politicians and other undesirables were put in their place."
—Newsweek

"My friend Rick Perry knows that it is the American people who make this country great and not Washington. With appropriate respect for both our rich history and the practical needs of today, Rick sees a bright future for America, based on freedom and limited government."
—Bobby Jindal, Governor of Louisiana

"Rick Perry has hit the proverbial nail on the head in FED UP!, making a powerful case for a return to limited government and the restoration of the proper balance of power between Washington and the states. As Governor of Texas, he has seen firsthand the greatness of America and the prosperity we can enjoy when we empower people and get government out of the way. He explains in detail the historical, constitutional, and practical reasons why a government closest to the people protects liberty, and lays out the path to right the ship - citizen involvement and engagement to hold politicians accountable. No citizen should skip this book - your future depends on getting this right."
—Rush Limbaugh

"In FED UP!, Governor Perry explains that we can and will save America by taking necessary steps to restore the proper balance of power between federal and state government. He understands what seemingly few other prominent politicians do-that America's greatness stems from the people and our collective respect for the Constitution, not from the 'geniuses' in Washington."
—Mark Levin

"FED UP! lays out the truth of how far our Washington politicians have driven this nation off track. It's refreshing to read that at least one of our leaders understood what my dad always knew. The Government works for the people and not the other way around."
—Michael Reagan

Rick Perry was the governor of Texas for nearly 15 years -- longer than any other in the state's history. He is also the country's longest continually-serving governor. Perry is the chairman of the Republican Governor's Association and is an Eagle Scout. After he graduated from Texas A&M, he became an Air Force pilot and attained the rank of captain. He was also a candidate for the Republican nomination for President of the United States in the 2012 election.