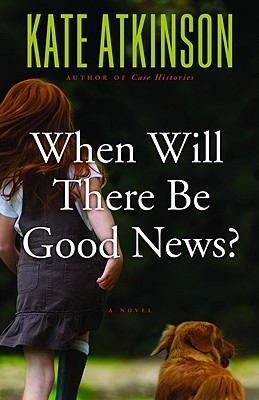 When Will There Be Good News?

On a dark night thirty years later, ex-detective Jackson Brodie finds himself on a train that is both crowded and late. Lost in his thoughts, he suddenly hears a shocking sound...

At the end of a long day, 16-year-old Reggie is looking forward to watching a little TV. Then a terrifying noise shatters her peaceful evening. Luckily, Reggie makes it a point to be prepared for an emergency...

These three lives come together in unexpected and deeply thrilling ways in the latest novel from Kate Atkinson, the critically acclaimed author who Harlan Coben calls "an absolute must-read."

"As a reader, I was charmed. As a novelist, I was staggered by Kate Atkinson's narrative wizardry." -- Stephen King

Praise For When Will There Be Good News?: A Novel (Jackson Brodie #3)…

"The novel satisfies the question in its own title. The answer is: Right here and right now."
—Laura Miller, Salon