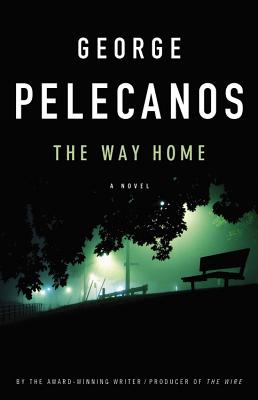 Praise For The Way Home…

"A crime novel, yes, but the talented Pelecanos shoes it out of its comfort zone. . . . Redemption the hard way, well-crafted and deeply felt."
—Kirkus (starred review)

"Nobody can teach George Pelecanos anything he doesn't already know about the inherent drama in the father-son dynamic."
—Marilyn Stasio, New York Times

"THE WAY HOME remains true to its titular purpose; as a result, the structure is perhaps less weighted toward a classic narrative arc and more toward the journey itself. As with his last two novels, Pelecanos demonstrates that redemption, if it comes at all, is hard-won."
—Sarah Weinman, Los Angeles Times

"In George Pelecanos's THE WAY HOME, it's the little things that matter...he's fascinated by the minor decisions that end up making a huge difference in the long run, and the ripples that result when good but imperfect people try to do the right thing-even when they're not exactly sure what the right thing is."
—Kevin Allman, Washington Post

"Between the wonderful dialogue, the characters who unpeel like onions before your eyes, and action that punches from the shoulder and hip - the very technique Thomas Flynn taught young Chris - Mr. Pelecanos brings things off with bravura."
—John Weisman, Washington Times

George Pelecanos is the bestselling author of twenty novels set in and around Washington, D.C. He is also an independent film producer, and a producer and Emmy-nominated writer on the HBO series The Wire, Treme, and The Deuce. He lives in Maryland.