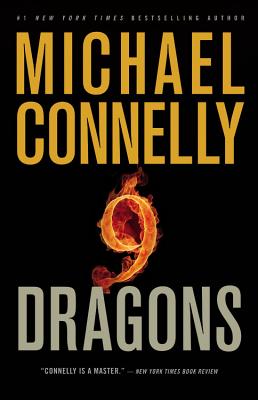 After what seems like a routine murder investigation, LAPD Detective Harry Bosch finds himself in Hong Kong facing the highest-stakes case of his life: bringing his kidnapped daughter home.
Fortune Liquors is a small shop in a tough South L.A. neighborhood, a store Bosch has known for years. The murder of John Li, the store's owner, hits Bosch hard, and he promises Li's family that he'll find the killer.
The world Bosch steps into next is unknown territory. He brings in a detective from the Asian Gang Unit for help with translation -- not just of languages but also of the cultural norms and expectations that guided Li's life. He uncovers a link to a Hong Kong triad, a lethal and far-reaching crime ring that follows many immigrants to their new lives in the U.S.
And instantly his world explodes. The one good thing in Bosch's life, the person he holds most dear, is taken from him and Bosch travels to Hong Kong in an all-or-nothing bid to regain what he's lost. In a place known as Nine Dragons, as the city's Hungry Ghosts festival burns around him, Bosch puts aside everything he knows and risks everything he has in a desperate bid to outmatch the triad's ferocity.

Nine Dragons ignites Bosch's personal and professional lives, bringing them together in an explosive manner....Harry's feverish race against the clock and the international dateline...plunges the reader into a firestorm of danger and tragedy....To say that Nine Dragons is coiled tight with suspense understates Connelly's accomplishment in portraying Bosch at the cusp of a new world."—Paula L. Woods, Los Angeles Times

"A Michael Connelly novel is a thing of cool beauty, meticulously plotted, rigorously controlled....In Nine Dragons, Bosch's crisp, cold-eyed rationality is blown to smithereens. Stoicism goes right out the window. And the vivid drama of this contrast gives the novel its ferocious energy. Once under way, you can't stop reading Nine Dragons, and not just because you want to know whodunit. You want to know how Bosch is going to operate in a whole new kind of darkness."—Julia Keller, Chicago Tribune

"May be the most wrenching Bosch novel yet....The jagged intersection between a cop's personal and professional lives is a recurring theme in many crime novels, but never has it been portrayed with the razor-edge sharpness and psychological acuity that Connelly brings to the subjects. And that's layered underneath the nonstop action of the novel's last half-the kind of full-throttle, blood-spattered narrative road race one associates with Lee Child or Stephen Hunter."—Bill Ott, Booklist

"Engrossing...one of the best in this series. Nine Dragons works as a gripping police procedural, an intense character study and an international thriller....Connelly is one of the best living crime writers and the consistency of his work continues through Nine Dragons."—Oline H. Cogdill, South Florida Sun-Sentinel

"Bosch is back...this latest appearance is a complex and meticulously crafted tale...packed with jump and juice....This is Bosch at his sharpest and Connelly at his most engaging. High-voltage stuff."—Katherine Dunn, Oregonian

"Bestseller Connelly nimbly balances Harry Bosch's personal and professional lives....Tenacious as ever, Bosch is even more formidable in his role as a protective father."—Publishers Weekly

"Connelly unveils his most personal Bosch story yet with this fish-out-of-water story. The pages fly...another Connelly masterpiece."—Jeff Ayers, Library Journal

"Remarkably fine....With Nine Dragons, Connelly has taken a chance by transforming a character millions have come to know well. In doing so, he has made Harry Bosch more human and interesting than ever."—Bruce DeSilva, Associated Press

"Connelly is in top form with the Bosch tale, his 15th: the story unfolds with exquisite procedural details; unexpected violence; and increased insight into the stoic, jazz-loving, relentless, flawed detective who bears the burden of every case."—Nancy Gilson, Columbus Dispatch