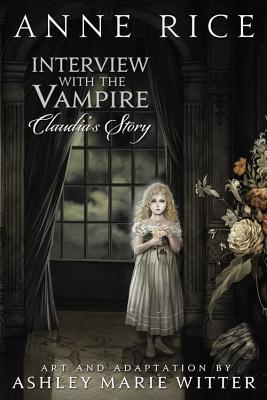 A richly-illustrated graphic novel adaptation of Anne Rice's Interview with the Vampire, told through the eyes of the vampire Claudia, who was just a little girl when she was turned by the vampire Lestat. Though she spends many years of happiness with her two vampire fathers, she gradually grows discontent with their insistence upon treating her like a little girl, even though she has lived as long as any mortal man...and her lust to kill is certainly no less than theirs...

Praise For Interview with the Vampire: Claudia's Story…

"Witter's art is delicate, with a baroque manga feel... Louis and Lestat's lovely faces come to life, collars are fluffed with detailed antique lace, and many bites are bitten. Most effectively drawn is young Claudia, flashing from innocent to monstrous by the panel."—io9.com

One of America's most read and celebrated authors, Anne Rice is known for weaving together the visible and supernatural worlds in epic stories that both entertain and challenge readers. Anne's life experiences and intellectual inquisitiveness provide her with constant inspiration for her work. She has written over thirty novels and one autobiography. Her books are rich tapestries of history, belief, philosophy, religion, and compelling characters that examine and extend our physical world beyond the limits we perceive. She lives and works in California.

Ashley Marie Witter was born and raised in Madison, Wisconsin, and she went to the Madison Area Technical College, where she was a student of Mark A. Nelson (Aliens, Dark Horse Comics) and earned her associates degree in Animation and Conceptual Development. After experimenting a bit with web comics like Reign of Adeodatus and Scorch, she later contributed to a comics anthology called The Eternal Sad (Gothology). Building a name for herself in the Madison art scene through gallery shows and working on commissions to pay the bills, Ashley was just saying to herself, "I need a real job!" when she received an e-mail from Yen Press the following day.
Loading...
or support indie stores by buying on