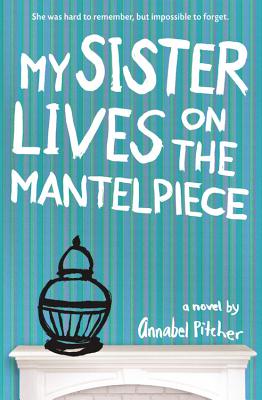 My sister Rose lives on the mantelpiece.Well, some of her does.A collarbone, two ribs, a bit of skull, and a little toe.
To ten-year-old Jamie, his family has fallen apart because of the loss of someone he barely remembers: his sister Rose, who died five years ago in a terrorist bombing. To his father, life is impossible to make sense of when he lives in a world that could so cruelly take away a ten-year-old girl. To Rose's surviving fifteen year old twin, Jas, everyday she lives in Rose's ever present shadow, forever feeling the loss like a limb, but unable to be seen for herself alone.

Annabel Pitcher is the award-winning author of My Sister Lives on the Mantelpiece and Yours Truly. She graduated from Oxford University with a degree in English Literature. She lives in Yorkshire, England, with her husband, son, and dog.
Loading...
or support indie stores by buying on