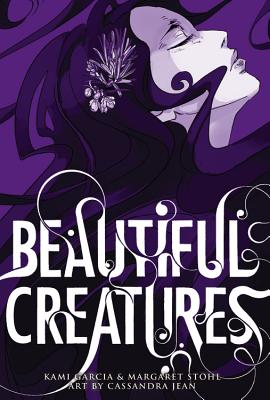 Winner of the 2013 Goodreads Choice Award for Graphic Novels & Comics!
There were no surprises in Gatlin County.
We were pretty much the epicenter of the middle of nowhere.
At least, that's what I thought.
Turns out, I couldn't have been more wrong.
There was a curse.
There was a girl.
And in the end, there was a grave.

Lena Duchannes is unlike anyone the small Southern town of Gatlin has ever seen, and she's struggling to conceal her power and a curse that has haunted her family for generations. But even within the overgrown gardens, murky swamps and crumbling graveyards of the forgotten South, a secret cannot stay hidden forever.

Kami Garcia is a teacher and reading specialist with an MA in education, and leads book groups for children and teenagers. Margaret Stohl has an MA in English and studied creative writing under poet George MacBeth at the University of East Anglia, Norwich. They both live in Los Angeles, California, with their families. Beautiful Creatures is their debut novel.
Loading...
or
Not Currently Available for Direct Purchase