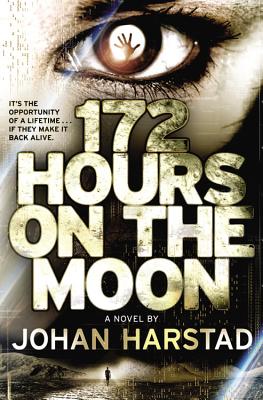 A terrifying thriller for young adult fans of The Martian and paranormal space adventure that will be devoured in one heart-pounding sitting.

It's been decades since anyone set foot on the moon. Now three ordinary teenagers, the winners of NASA's unprecedented, worldwide lottery, are about to become the first young people in space--and change their lives forever. It's the opportunity of a lifetime, but little do the teenagers know that something sinister is waiting for them on the desolate surface of the moon. And in the black vacuum of space...no one is coming to save them.

In this chilling adventure set in the most brutal landscape known to man, highly acclaimed Norwegian novelist Johan Harstad creates a vivid and frightening world of possibilities we can only hope never come true.

"Creepy and bleak, Harstad's story is both psychologically and atmospherically disturbing."
—Publishers Weekly

"Original, creepy, intense... 172 Hours is page-turning sci-fi that will stay with readers long after the shocking and heartbreaking conclusion."
—School Library Journal

"A fascinating, suspense-filled novel that keeps the reader guessing until the end."
—Library Media Connection

Johan Harstad won the 2008 Norwegian Brage Award in the young adult/children's literature category for 172 Hours on the Moon. He has also written several novels for adults, including Buzz Aldrin, What Happened to You in All the Confusion?, a Kirkus Reviews Best Fiction of 2011 book, which has been published in thirteen countries; four plays; a collection of short stories; and a prose collection. He has been described as "one of the most important [Scandinavian] authors to emerge in the early years of this century." He lives in Oslo, Norway.
Loading...
or support indie stores by buying on