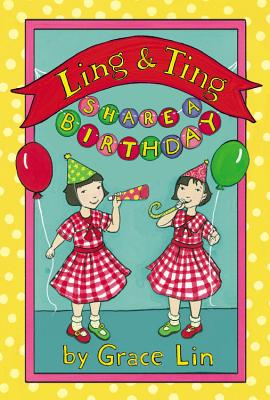 Ling & Ting are twins. They share a birthday. They bake cakes, and they make birthday wishes. They tell stories and wrap gifts. They also share a birthday secret!
Have fun with Ling and Ting! They stick together and look alike. But they are not exactly the same.

*"Lin continues to work wonders within the early reader format in twins' Ling and Ting's birthday-themed second outing...Despite working with a limited vocabulary, Lin infuses the twins' every interaction with personality and understated humor, while underscoring the girls' individuality."
—Publishers Weekly, starred review

"These cheerful stories, with their flat, 50's-style illustrations, tell an inescapable truth: twins have to negotiate everything."
—New York Times Book Review