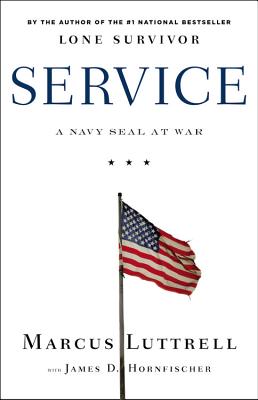 Praise For Service: A Navy SEAL at War…

"Marcus Luttrell, with James D. Hornfischer, has written another emotional story that the reader will not want to put down."—American Thinker

James D. Hornfischer is the author of the New York Times bestseller Neptune's Inferno, as well as Ship of Ghosts and The Last Stand of the Tin Can Sailors, which won the Samuel Eliot Morison Award and was a Main Selection of the Book-of-the-Month Club. He lives in Austin, Texas.