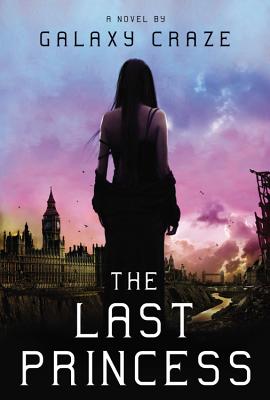 Happily ever after is a thing of the past.

A series of natural disasters has decimated the earth. Cut off from the rest of the world, England is a dark place. The sun rarely shines, food is scarce, and groups of criminals roam the woods, searching for prey. The people are growing restless.

When a ruthless revolutionary sets out to overthrow the crown, he makes the royal family his first target. Blood is shed in Buckingham Palace, and only sixteen-year old Princess Eliza manages to escape. Determined to kill the man who destroyed her family, Eliza joins the enemy forces in disguise. She has nothing left to live for but revenge, until she meets someone who helps her remember how to hope-and love-once more.

Now she must risk everything to ensure that she does not become . . .

Praise For The Last Princess…

"Romeo and Juliet-style romance and a dash of royal political intrigue."—SLJ

"There is plenty of action, with daring rescue capers, good old-fashioned battles, secret-identity mishaps, and thrilling near-escapes set against an English dystopian landscape. Genre fans will appreciate this old-school take on a futuristic predicament."—BCCB

Galaxy Craze is the author of two novels, Tiger, Tiger and By the Shore, which was a finalist for the Los Angeles Times Art Seidenbaum Award for First Fiction and won the Betty Trask Award in her native England. She lives in Northampton, Massachusetts, with her husband and their two children and is currently working on a sequel to The Last Princess, coming in spring 2013.

Find out more at www.savethelastprincess.com