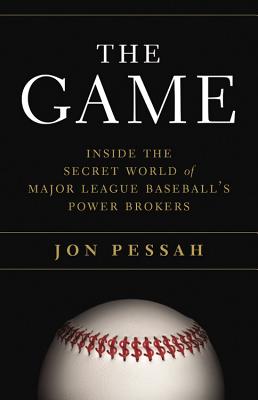 Inside the Secret World of Major League Baseball's Power Brokers

The incredible inside story of power, money, and baseball's last twenty years.

In the fall of 1992, America's National Pastime is in crisis and already on the path to the unthinkable: cancelling a World Series for the first time in history. The owners are at war with each other, their decades-long battle with the players has turned America against both sides, and the players' growing addiction to steroids will threaten the game's very foundation.

It is a tipping point for baseball, a crucial moment in the game's history that catalyzes a struggle for power by three strong-willed men: Commissioner Bud Selig, Yankees owner George Steinbrenner, and union leader Don Fehr. It's their uneasy alliance at the end of decades of struggle that pulls the game back from the brink and turns it into a money-making powerhouse that enriches them all.

This is the real story of baseball, played out against a tableau of stunning athletic feats, high-stakes public battles, and backroom political deals -- with a supporting cast that includes Barry Bonds and Mark McGwire, Joe Torre and Derek Jeter, George Bush and George Mitchell, and many more.

Drawing from hundreds of extensive, exclusive interviews throughout baseball, The Game is a stunning achievement: a rigorously reported book and the must-read, fly-on-the-wall, definitive account of how an enormous struggle for power turns disaster into baseball's Golden Age.

Jon Pessah was a founding editor of ESPN the Magazine. He has been nominated for a Pulitzer Prize, managed the sports departments for Newsday and the Hartford Courant, and edited, wrote, and ran the investigative team for ESPN the Magazine.

Praise For The Game: Inside the Secret World of Major League Baseball's Power Brokers…

"A compelling, high-stakes look at baseball.... Pessah does a great job of providing glimpses of conversations fans were not privy to, while placing them in context by describing what was happening on the field in that moment. Essential for fans of 1990s- and 2000s-era baseball."
—Library Journal (starred review)

"The action is in the boardroom, not the ballpark, in this dramatic account of the business side of baseball.... Pessah includes engaging play-by-play from key games, but his focus is on contract negotiations, revenue models, politics, deal-cutting, and the commercial calculations behind moving a team or injecting steroids. The resulting account of off-field strategizing is as engrossing as any stadium showdown."
—Publishers Weekly (starred review)

"Pessah has made his book read like a great novel.... The author also brilliantly shows the impact the game had and continues to have on American life, and how it maintains its prominent place in the cycle and fabric of our country's summers. Pessah is adept at revealing the ebb and flow of fan despair, anger, and joy."
—Russell P. Gantos Jr., New York Journal of Books

"In clear, accessible prose, [THE GAME] covers strikes, steroids and everything in between. Not an easy task. The most memorable sections are about Steinbrenner. Pessah deftly captures the man's heavy-handed--and often underhanded--leadership."
—Michael S. Schmidt, New York Times

One of "The Season's Best Baseball Books"

"This might be the definitive account of how front offices control Major League Baseball.... Pessah crafts freeze-frame descriptions of the most critical backroom moments of the modern era...."
—Rob Fischer, Men's Journal

"There are lots of fresh notes, quotes and anecdotes in The Game, but its chief value for those who care is its meticulous reconstruction of the fraught era.... The most compelling parts of The Game deal with baseball's abject failure to confront the steroid plague."—Edward Kosner, Wall Street Journal

"A gritty and sensational history of America's national pastime... a juicy and engrossing story that reads like a thriller, with a star supporting cast... A must-read before 2016 labor negotiations begin. Pessah calls the game perfectly."
—Marilyn Dahl, Shelf Awareness

"Serious baseball fans will appreciate the author's deep research and his ability to weave multiple stories together into a graceful narrative."
—Kirkus Reviews

"An important addition that will go down as the ultimate look on the business side of the Bud Selig era."
—David Schoenfield, ESPN

"Fascinating.... This juicy read focuses on three men who shaped [baseball's] history over [the last] two decades--Selig, union head Don Fehr, and Yankees owner George Steinbrenner.... the most surprising part of the book is without a doubt the portrait of Steinbrenner. While still rendered as an insatiable tyrant, the Boss--and his willingness to put his money where his mouth is--is a breath of fresh air."
—The Daily Beast

"A sweeping and comprehensive investigation of the business of baseball over the past three decades.... Fascinating."
—Anthony L. Fisher, Reason.com

"Pessah tells a story that is equal parts history lesson and political docudrama, cultivating an entertaining read.... An eye-opening account of how the current era of baseball was made and who, for better or worse, led it to where it is now.... I fully recommend any baseball fan who is passionate about the sport as a whole -- both past, present, and future -- to pick up The Game."—Charlie Poliseno, SB Nation's "DRaysBay"