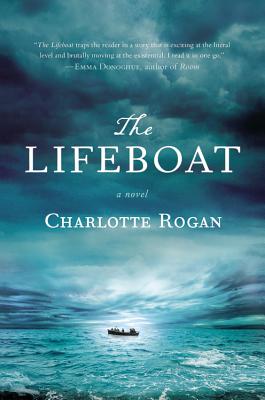 The sinking of an ocean liner leaves a newly married woman battling for survival in this powerful debut novel.

Praise For The Lifeboat: A Novel…

"The Lifeboat traps the reader in a story that is exciting at the literal level and brutally moving at the existential: I read it in one go."—Emma Donoghue, author of Room

"What a splendid book. . . . I can't imagine any reader who looks at the opening pages wanting to put the book down. . . . It's so refreshing to read a book that is ambitious and yet not tricksy, where the author seems to be in command of her material and really on top of her game. It's beautifully controlled and totally believable."
—Hilary Mantel, author of Wolf Hall

"The Lifeboat is a spellbinding and beautifully written novel, one that will keep readers turning pages late into the night. This is storytelling at its best, and I was completely absorbed from beginning to end."—Tim O'Brien, author of The Things They Carried, In the Lake of the Woods, July, July

"The Lifeboat is a richly rewarding novel, psychologically acute and morally complex. It can and should be read on many levels, but it is first and foremost a harrowing tale of survival. And what an irresistible tale it is; terrifying, intense, and, like the ocean in which the shipwrecked characters are cast adrift, profound."—Valerie Martin, author of Property and The Confessions of Edward Day

Charlotte Rogan studied architecture at Princeton University and worked for a large construction firm before turning to fiction. She is the author of The Lifeboat, which was translated into twenty-six language and nominated for the Guardian First Book Award and the International IMPAC Dublin Literary Award. After many years in Dallas and a year in Johannesburg, she now lives in Westport, Connecticut.