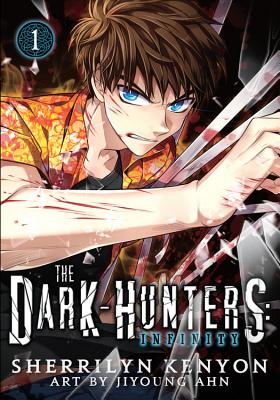 Fourteen-year-old Nick Gautier doesn't have it easy. With a single mom struggling to make ends meet, his secondhand clothes aren't exactly making him popular with the "in" crowd at school. No, Nick fits in much better on the streets of New Orleans-at least until his so-called friends turn on him! Rescued by the mysterious Kyrian of Thrace, Nick suddenly finds himself indoctrinated into a bizarre supernatural world, that of the Dark-Hunters, where he discovers that life isn't nearly so "normal" as it once seemed. Zombified classmates and flesh-hungry demons are bad enough, but it's the dark hints about Nick's own future that are the most troubling things of all...

Normal.dotm00192529hbgusa4164912.00false18 pt18 pt00falsefalsefalseThe #1 New York Times bestselling author Sherrilyn Kenyon is a powerhouse with more than 25 million copies of her books in print in over 30 countries. Since 2006, she's placed over fifty novels on the New York Times with over a dozen of them landing the #1 slot. During that same time, she claimed ten #1 slots on Publisher's Weekly.