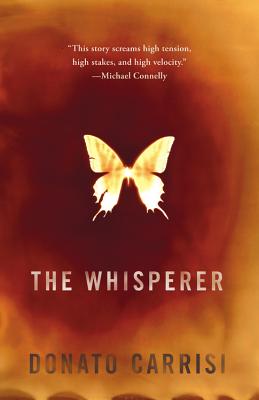 A gripping literary thriller and smash bestseller that has taken Italy, France, Germany and the UK by storm.

Six severed arms are discovered, arranged in a mysterious circle and buried in a clearing in the woods. Five of them appear to belong to missing girls between the ages of eight and eighteen. The sixth is yet to be identified. Worse still, the girls' bodies, alive or dead, are nowhere to be found.

Lead investigators Mila Vasquez, a celebrated profiler, and Goran Gavila, an eerily prescient criminologist, dive into the case. They're confident they've got the right suspect in their sights until they discover no link between him and any of the kidnappings except the first. The evidence in the case of the second missing child points in a vastly different direction, creating more questions than it answers.

Vasquez and Gavila begin to wonder if they've been brought in to take the fall in a near-hopeless case. Is it all coincidence? Or is a copycat criminal at work? Obsessed with a case that becomes more tangled and intense as they unravel the layers of evil, Gavila and Vasquez find that their lives are increasingly in each other's hands.

The Whisperer, as sensational a bestseller in Europe as the Stieg Larsson novels, is that rare creation: a thought-provoking, intelligent thriller that is also utterly unputdownable.

Praise For The Whisperer…

"THE WHISPERER is one hell of a ride. This story screams high tension, high stakes and high velocity. Superb."
—Michael Connelly

"Employs the graceful turns of phrase common to literary fiction ... Carrisi's villain is a suitable cohort for Hannibal Lecter, and his detectives are intelligently nuanced, each struggling, sometimes failing, to cope with the depravity into which they immerse themselves in the name of good. A haunting, disconcerting, devastating portrait of evil."
—Kirkus Reviews

"Exquisite. Readers who appreciate manipulation, both of plots and themselves, by the author, and those who appreciate a shock of bloody horror will be absolutely enthralled by this offering."
—Library Journal (starred review)

"A murder mystery. A puzzle. A challenge. An intriguing portrait of society, of you and me."
—EDGE Boston

"Donato Carrisi has a unique gift for blending fascinating forensic detail, mind-bending plot twists, and empathetic characters into a seamless, powerful narrative. THE WHISPERERintrigues, informs, and haunts simultaneously, a novel that will linger in the mind long after you've finished."—Michael Koryta

"Intricate plotting. Major surprises. THE WHISPERER has already won several literary awards and have been a bestseller all over Europe. I predict no less for it here."
—BookPage

"More than delivers on its ghoulish promise...you might not want to read this alone in the house."
—Time Out London

"I defy anyone to guess the denouement."
—The Guardian (UK)

Donato Carrisi studied law and criminology before he began working as a writer for television. The Whisperer, Carrisi's first novel, won five international literary prizes, has been sold in nearly twenty countries, and has been translated into languages as varied as French, Danish, Hebrew and Vietnamese. Carrisi lives in Rome.