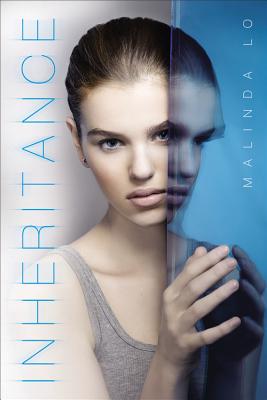 Reese and David are not normal teens-not since they were adapted with alien DNA by the Imria, an extraterrestrial race that has been secretly visiting Earth for decades. Now everyone is trying to get to them: the government, the Imria, and a mysterious corporation that would do anything for the upper hand against the aliens.Beyond the web of conspiracies, Reese can't reconcile her love for David with her feelings for her ex-girlfriend, Amber, an Imrian. But Reese's choice between two worlds will play a critical role in determining the future of humanity, the Imria's place in it, and the inheritance she and David will bring to the universe.In this gripping sequel to Adaptation, Malinda Lo brings a thoughtful exploration of adolescence, sexuality, and "the other" to a science-fiction thriller that is impossible to put down.

Praise for Inheritance:"Dialogue rings true, and the characters are appealing...the alien and political machinations provide menace, a brisk page-turning plot and lots of fun."—Kirkus Reviews

"Readers may find Reese...just as memorable as the clever plot and strong world-building that are the strengths of this novel."—The Horn Book

"Lo's layers of conspiracy that were so effective in Adaptation continue to surface here, and the development and revelations of what's lurking under the surface of this alien encounter will continue to set readers on edge."—The Bulletin

"...Slot this on the shelf between Cory Doctorow's Little Brother and The X-Files."—Kirkus Reviews

"Lo invokes a paranoid X-Files sensibility here, layering conspiracy atop conspiracy and balancing ambitious twists with nuanced relationships that are ultimately as important to the sci-fi plotting as they are to the character development." —BCCB

"Could this be your new paranoid crack?"—io9.com

"Adaptation...had plenty of fun to give. The sense of play-of allusion, homage, and, forgive the pun, adaptation-with source materials like the typical "YA love triangle" and the conspiracy-SF narrative empire of The X-Files makes this book read almost like a love letter to genre, while it is at the same time clearly having a roaring good time fooling around with the things it's built on...the novel is a fast-moving escalation up to a climactic point-where it stops, leaving the reader waiting and eager for the next and final installment."—Tor.com

Malinda Lo is the author of several young adult novels, including Ash, a retelling of the Cinderella story with a lesbian twist, which was a finalist for the William C. Morris YA Debut Award, the Andre Norton Award for YA Fantasy and Science Fiction, and the Lambda Literary Award. Before she became a novelist, she was an economics major, an editorial assistant, a graduate student, and an entertainment reporter. She lives in Northern California with her partner and their dog. Malinda invites you to visit her at www.malindalo.com.
Loading...
or
Not Currently Available for Direct Purchase