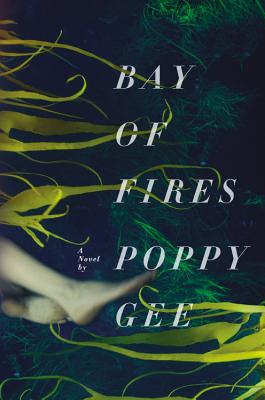 Sarah Avery's reckless behavior has cost her a job, her boyfriend, and the independence she desperately craves. Reluctantly home for the holidays in the Bay of Fires, a tiny seaside town on the Tasmanian coast, she hopes for a calm, quiet visit, with time to reflect on all that's gone wrong. Those hopes are crushed when, early one morning, she discovers the body of a young female backpacker washed up on the shore.

A year earlier, another woman went missing and hasn't been seen since. Now everyone wonders: is there a killer in the brush? Or were these women victims of Tasmania itself? The island is place of savage beauty: pristine sand beneath orange-lichen covered granite boulders; heaving shadowy kelp fields; sweeping cold currents; crackling bush beyond the seashore. It's also a landscape as flawed, vulnerable and vengeful as any human. Once its fragile peace is shattered, the locals' anxiety fuels a string of speculations about happened to the women - and who might be the next victim.

When journalist Hall Flynn arrives to investigate, haunted by recent failures and yearning for a fresh start, he's determined to do whatever it takes to break the story, and Sarah is his best source of local information. But Sarah - like everyone else in this close-knit town - has secrets she's desperate to keep hidden. And one of those secrets leads straight to a killer's door.

Haunting, evocative, as wildly atmospheric as the remote island where it takes place, Bay of Fires is a startling and wholly original debut.

Praise For Bay of Fires: A Novel…

"Beautifully atmospheric and superbly gripping, BAY OF FIRESis a stellar debut. Poppy Gee has a deft hand with characterization, and a clear, fresh voice. She brought me straight to the wild shores of Tasmania, and into the troubled heart of her heroine -- and all the while she had me eagerly turning the pages late into the night as she carefully tightened the screws of suspense."—Lisa Unger, New York Times bestselling author of HEARTBROKEN

"A thrilling murder mystery set on the coast of Tasmania, BAY OF FIRES is my favorite book of the fall. Poppy Gee's heroine is tough and absolutely winning. I've been handing this to all my friends, telling them to keep an eye out for wallabys."
—Amanda Eyre Ward, bestselling author of HOW TO BE LOST and CLOSE YOUR EYES

Poppy Gee lives with her husband, two small children, and cat, in Brisbane, Australia. She wrote most of Bay of Fires, her first novel, at the kitchen table while the children slept.
Loading...
or
Not Currently Available for Direct Purchase